By Michael BeachSeptember 23, 2022No Comments 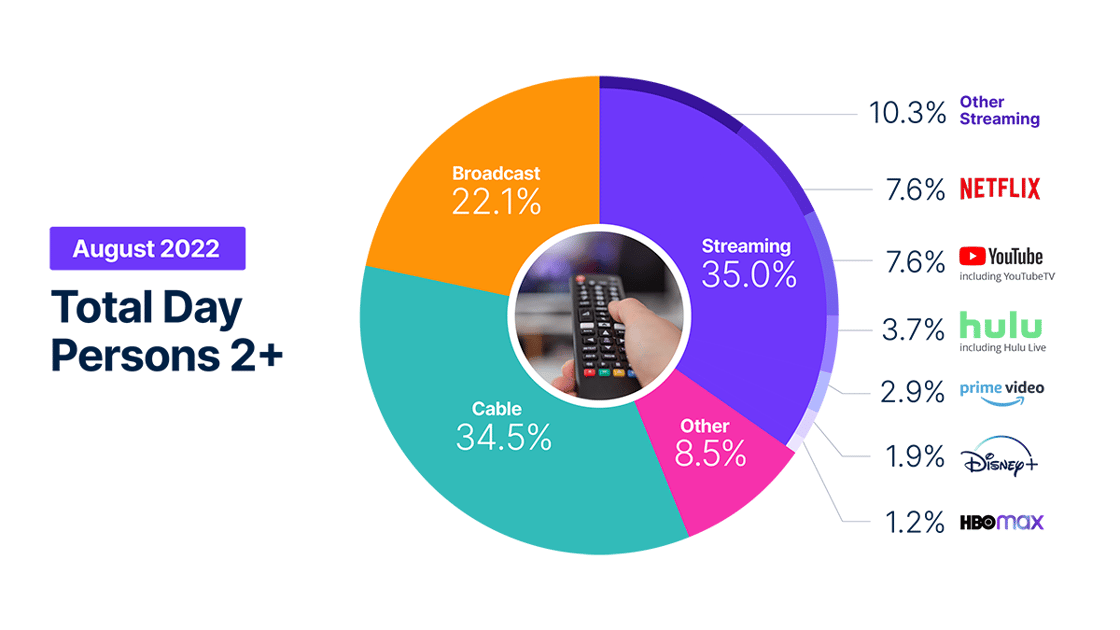 Four big questions re: how we watch video:
1) What share of our leisure time is spent watching TV?
2) Is streaming growing as a share of total TV time?
3) What content do viewers default to first?
4) What impact is fragmentation having on ratings/viewership?

Big question #1: What share of our leisure time is spent watching TV?

Quick answer: According to the U.S. Bureau of Labor Statistics, Americans spend 55% of their leisure time watching TV. 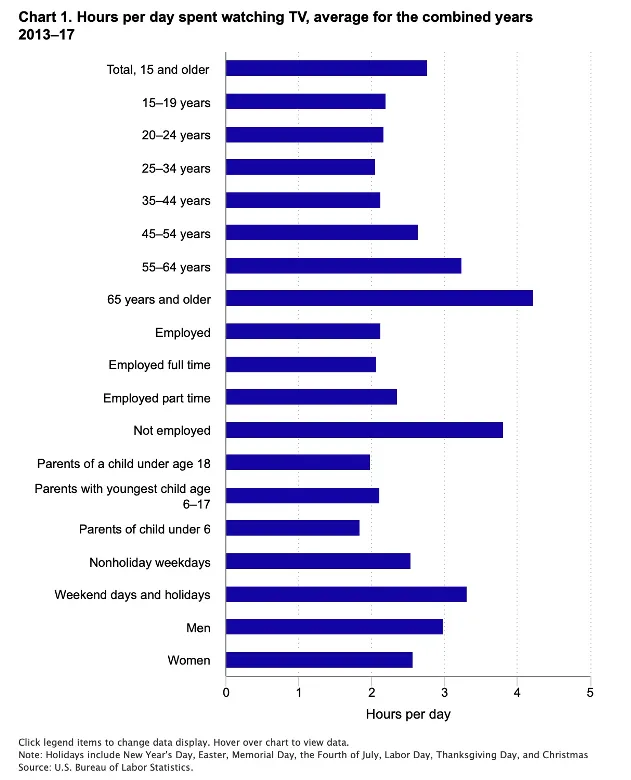 Worth your time: Entertainment Strategy Guy released a five-part series breaking down The American Viewer.

Big question #2: Is streaming growing as a share of total TV time? 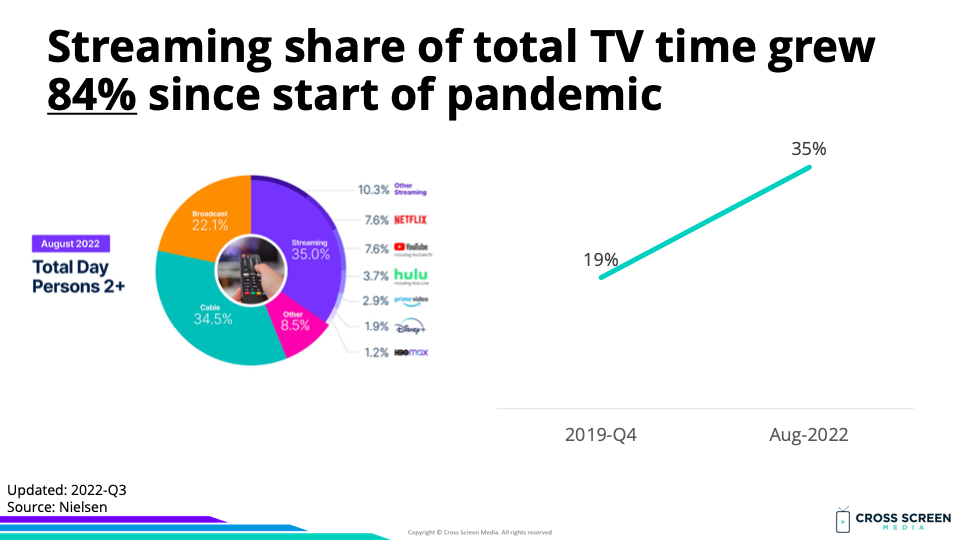 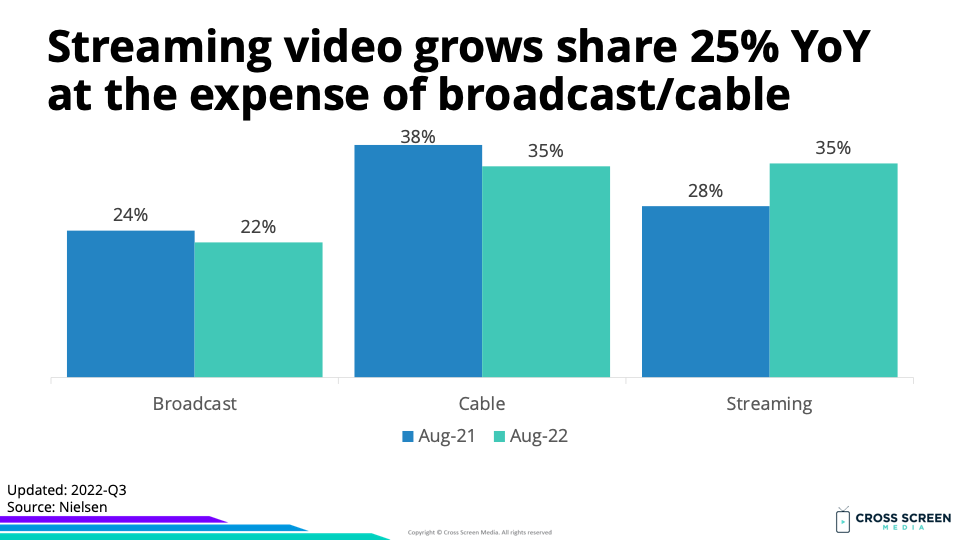 Big question #3: What content do viewers default to first? 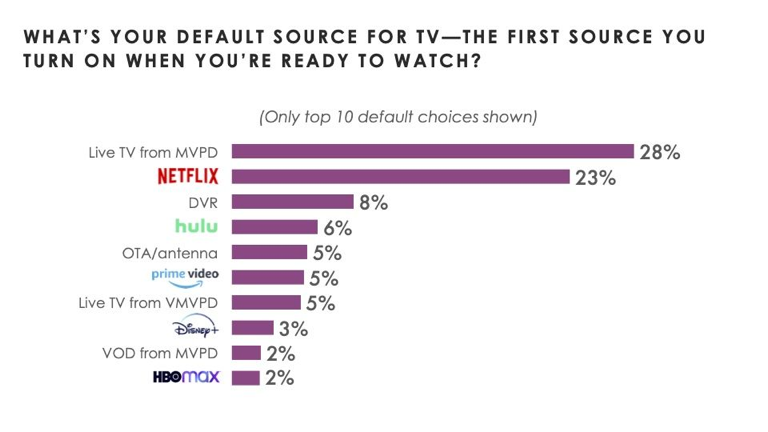 Big question #4: What impact is fragmentation having on ratings/viewership?

Quick answer: Non-sports viewership for broadcast networks has dropped 33% over the past 5 years.

Traditional TV is “marching to a great precipice, and it will be pushed off.” 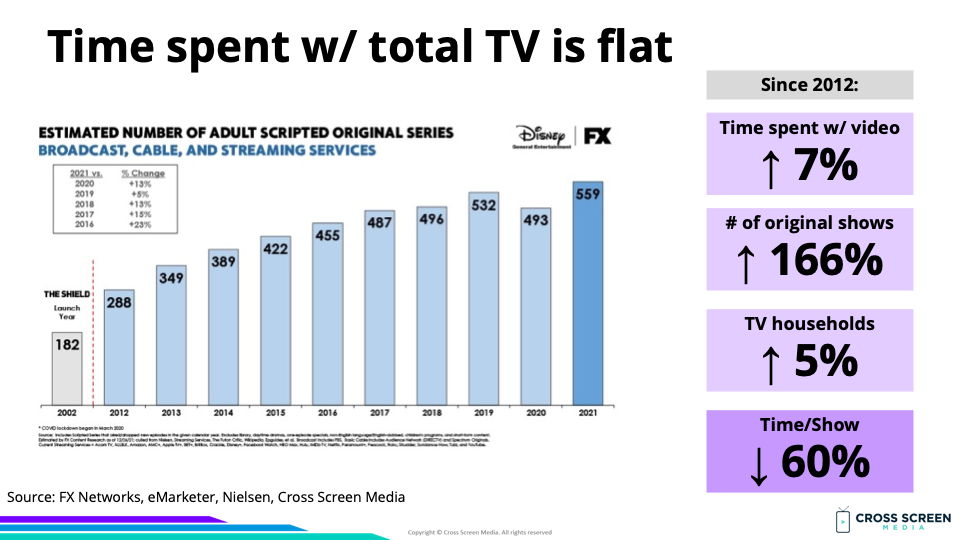 Quote from Michael Thorn – President of Entertainment @ Fox:
“If you look at the biggest streamers, collectively they launched more than 2,000 series, and of those, approximately 15% were seen by a million people.” HBO Takes the Throne at the Emmys