John Battelle, CEO and Co-Founder at The Recount, joins Cross Screen Media to share his unique insights on the latest developments, trends, and challenges across the Convergent TV Space in our latest Screen Wars Thought Leader Interview. 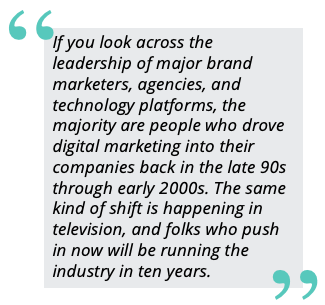 Rich Greenfield on Streaming’s Road Ahead Mark Zgutowicz on Success Drivers in the Video Ad Market