Why NBA TV ratings are down

By Michael BeachDecember 12, 2019No Comments

Quote from Adam Silver – Commissioner @ NBA:
“Especially for the NBA, which is primarily a cable-satellite sport, that system is broken to a certain extent… It’s not just in terms of the loss of homes, but our young viewers, in particular, are tuning out cable, traditional cable.”

The big question: Would the NBA fare better on broadcast TV?  Mak Cuban seems to think so. 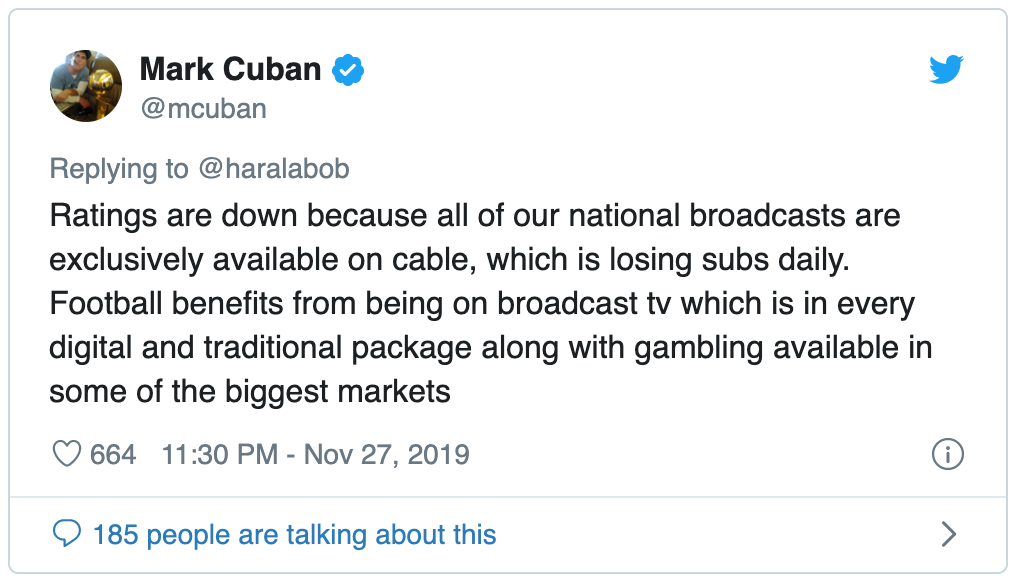 The big big picture: The NBA’s future is in China.

More #1: NBA ratings are in a steep decline: Sorting through some popular myths — and looking for a solution