By Michael BeachJanuary 19, 2023No Comments 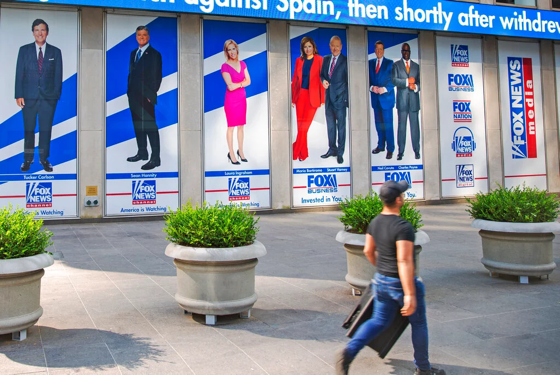 Five big questions re: cable news in 2022:
1) Which networks had the largest primetime audience?
2) How did the audience compare to past election years?
3) How does Fox News consistently finish #1 with only Republicans watching?
4) What is next for TV news?
5) Does the public trust TV news? 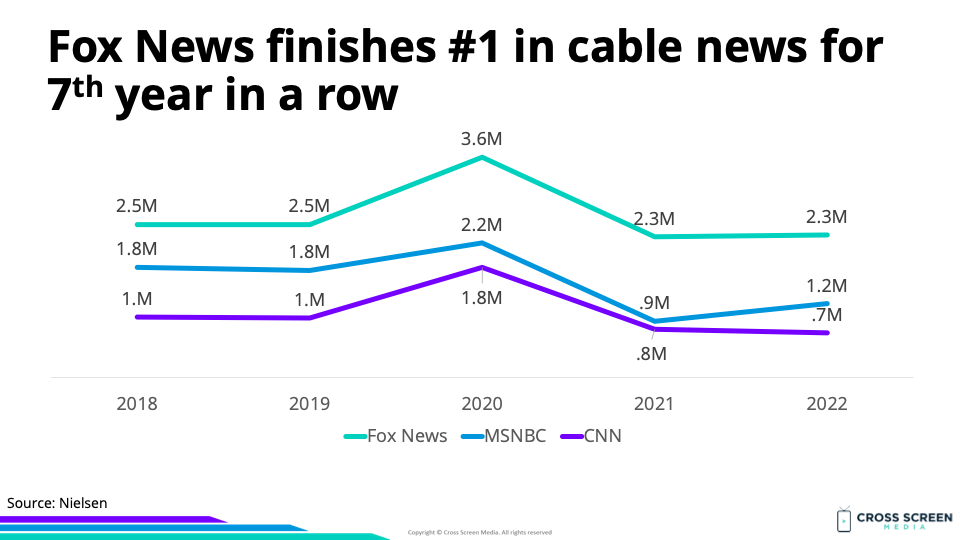 Big question #2: How did the audience compare to past election years?

Big question #3: How does Fox News consistently finish #1 with only Republicans watching? 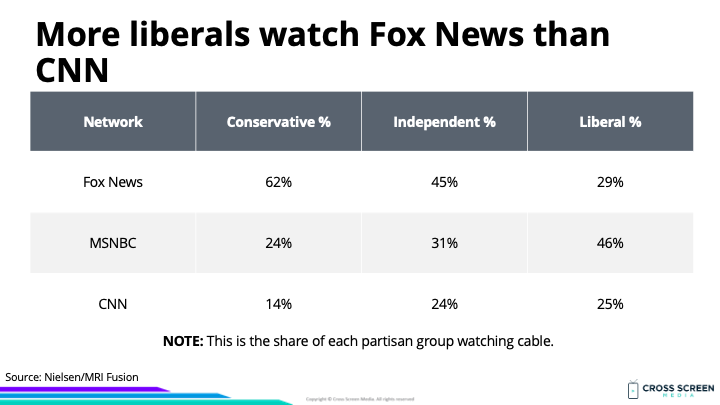 Big question #4: What is next for TV news?

Quick answer: News is shifting from linear to streaming.

“Streaming news sets alight decades of kindling that has piled up around linear TV. Streaming news arrives on a viewer’s demand. It travels wherever the viewer goes — on a smartphone during a commute, at work on a laptop, or sitting in front of the big set at home. It allows the viewer to customize his experience the same way he can browse a newspaper or a website. Its greatest breakthrough, however, comes in the way it reduces scarcity in the media equation. Previously, government regulation and cable oligopolies limited the television medium to a relatively low number of players. Streaming makes possible a channel for every predilection, opening the way for new entrants and new approaches to coverage from the city council to Congress to the battlefield.”

Quote from Jack Shafer – Senior Media Writer @ Politico: “It was an easy call for CBS and ABC to enter the news streaming business. Neither owns a cable news network, so neither was about to cannibalize a cable audience. But Fox and CNN operate multiple cable news channels, so each avoided establishing a new free outlet, and instead entered TV news’ undiscovered country by charging monthly for CNN+ and Fox Nation. Watching CNN+ — when you still could — and Fox Nation reveals how irksome the four-and-a-half-minute ad blocks for Relief Factor, Liberty Mutual insurance, and Humira can be; they’re the sort of kindling that could someday turn frustrated viewers into cable contract arsonists. That day, however, has yet to come. Perhaps commercial-averse viewers are content for now to switch channels instead of paying directly for TV news.”

Americans who say they have “a great deal” or “quite a lot” of confidence in newspapers and TV, according to Gallup:
1) Newspapers – 16%
2) Television news – 11% 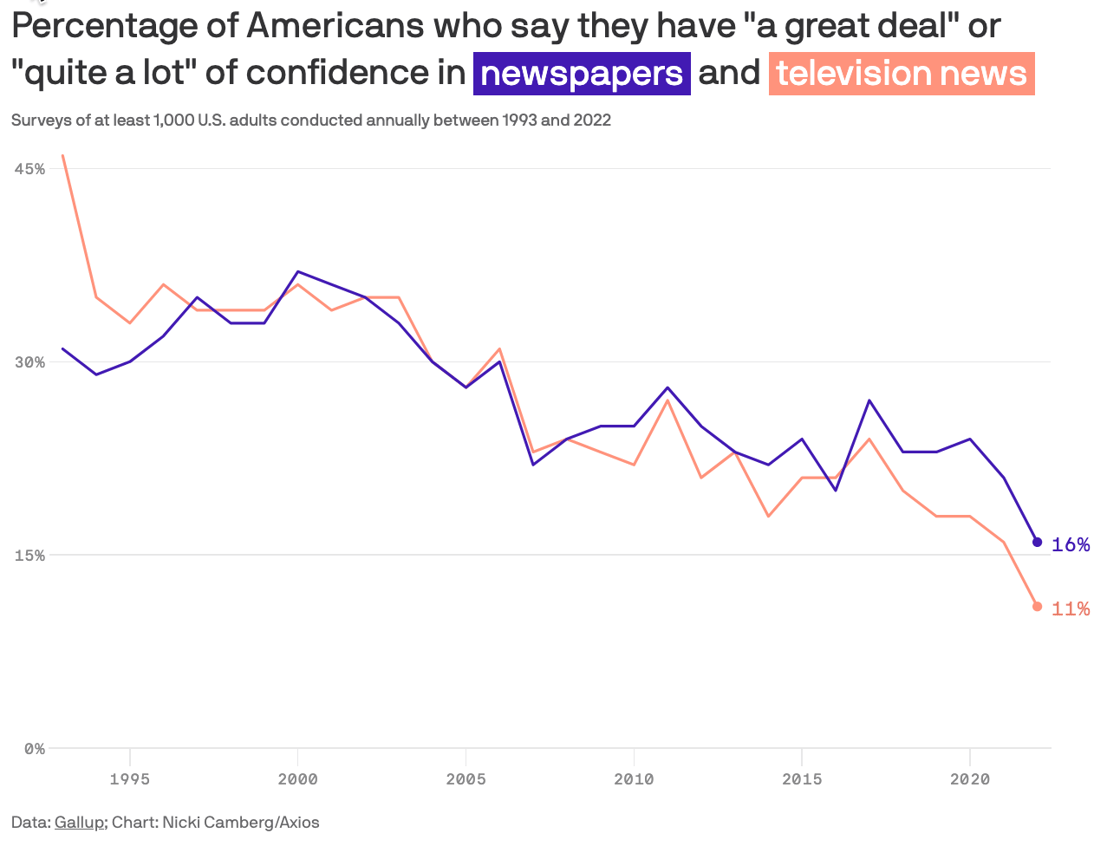 Michael BeachJanuary 26, 2023
State of the Screens

Michael BeachJanuary 26, 2023
State of the Screens

The NFL and Yellowstone Out-Duel the Competition