TV blackouts are the new normal

By Michael BeachJuly 31, 2019No Comments

A new record: There are still five months remaining in 2019, but we already have a record number of television blackouts. 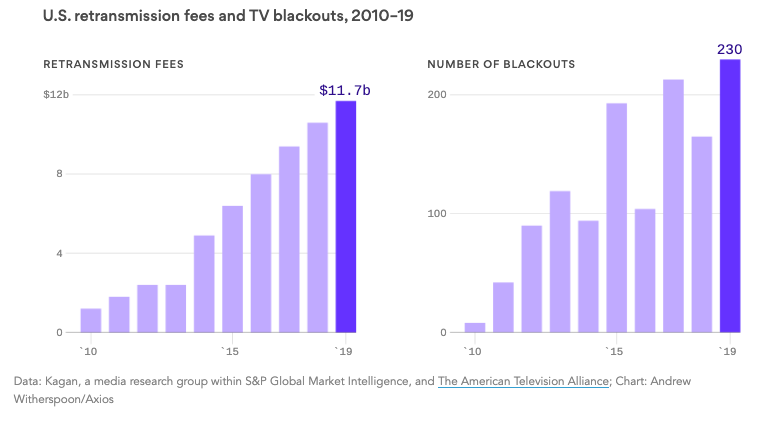 The latest: CBS local stations in 14 markets including New York, Los Angeles, Chicago, and San Francisco have been dark on AT&T since July 20th.  This impacts roughly 6.5M AT&T customers in those markets.

What the fight is about: AT&T currently pays ≈ $2/subscriber/month to carry CBS local stations.  CBS is reportedly seeking a 50% increase to $3.  It is estimated that local retransmission fees generate $8B/year for broadcast stations.

Leverage for CBS: The NFL kicks off its 2019 season on September 8th and, CBS plans to air a half a dozen matchups.

Leverage for AT&T: It is now easier than ever to get broadcast TV OTA (over the air) through a service like Locast.

Who wins?  It is in neither parties interest for the local stations to be excluded from a pay-TV package. The final monthly subscriber cost will be a good judge of who wins.

What is Locast?  Locast is a non-profit streaming service offering local, over-the-air television.  They are currently in 13markets reaching 30M TV households with ≈ 250K registered users. 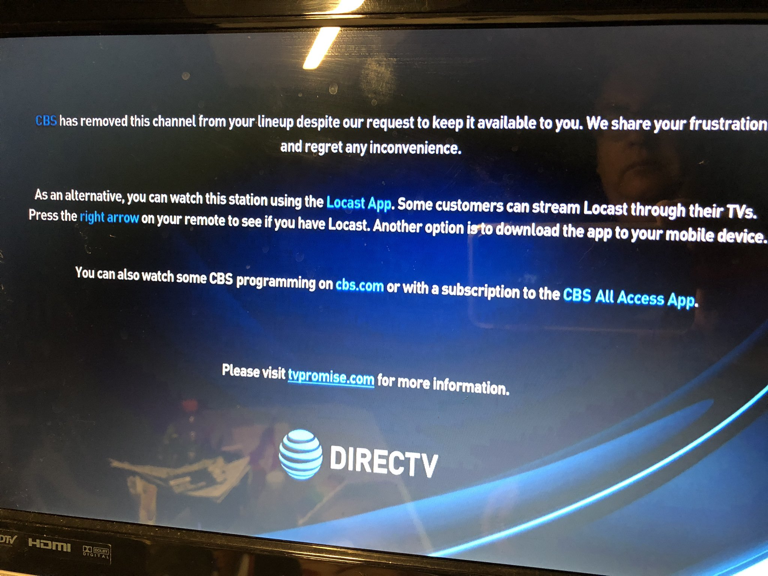 More #1: CBS Goes Dark on AT&T Amid a Dispute

More #2: Locast, a Free App Streaming Network TV, Would Love to Get Sued