By Michael BeachJuly 14, 2022No Comments 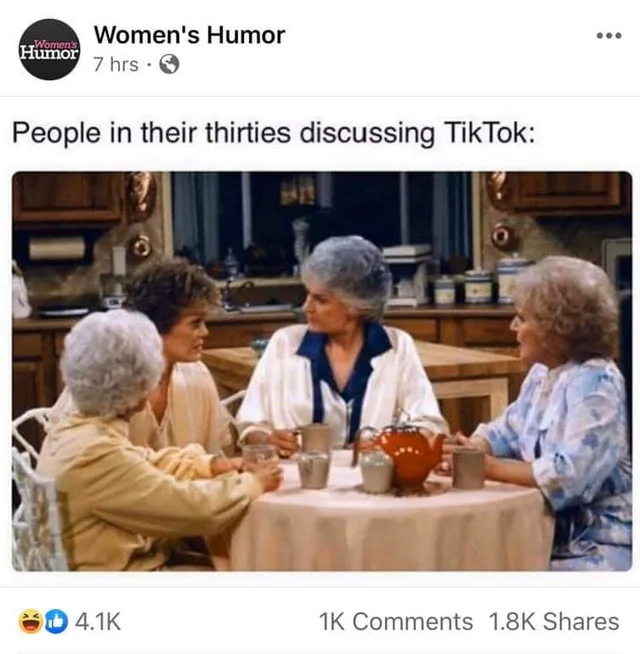 Nine big questions on TikTok:
1) How large is TikTok’s user base?
2) What does a TikTok user look like?
3) How did TikTok grow so fast?
4) How much revenue does TikTok generate?
5) How large is the short-form video ad market?
6) How much time do users spend with TikTok?
7) What impact is TikTok having on attention?
8) What makes TikTok’s algorithm so special?
9) How much does TikTok spend on content?

Big question #1: How large is TikTok’s user base?

Flashback: TikTok Dances Its Way To 1B Monthly Users 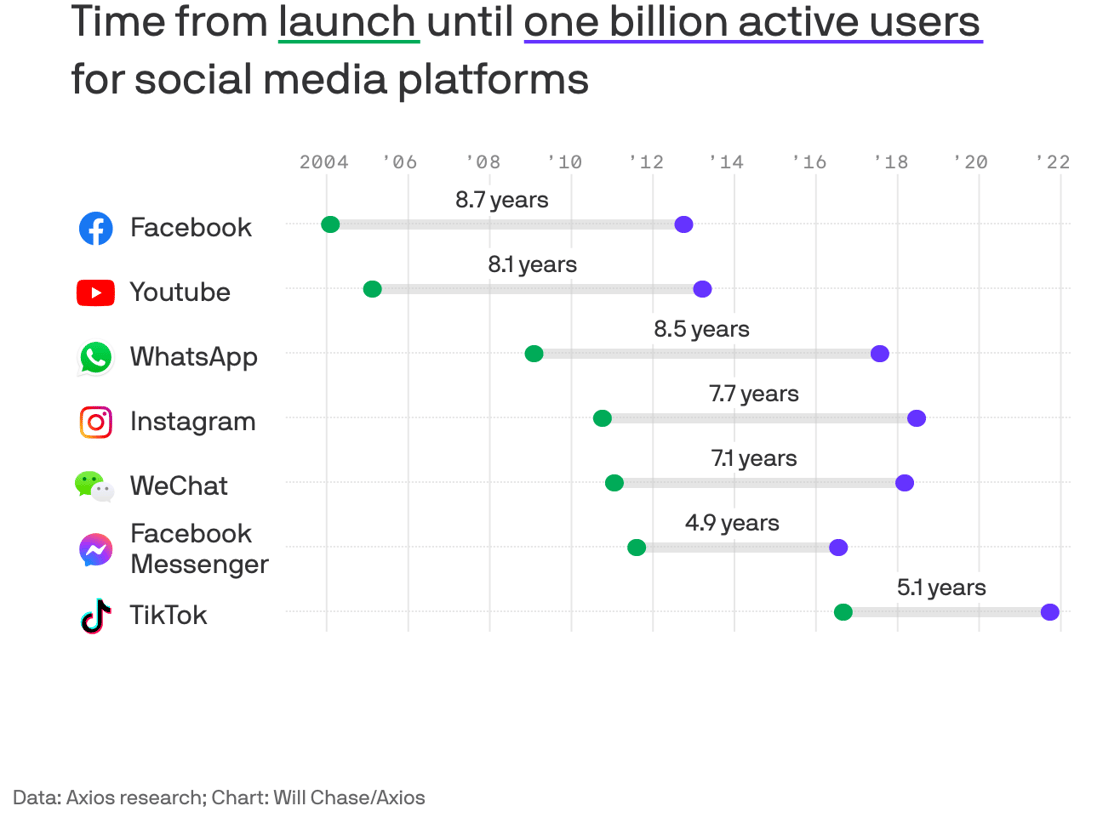 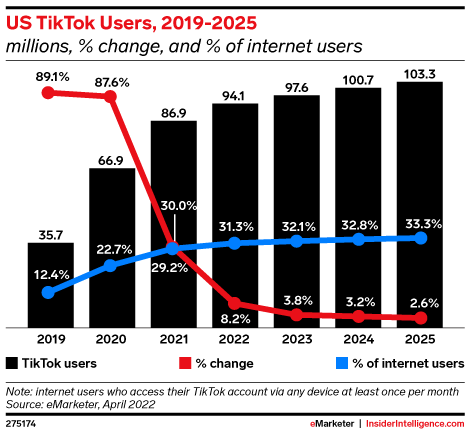 Big question #2: What does a TikTok user look like? 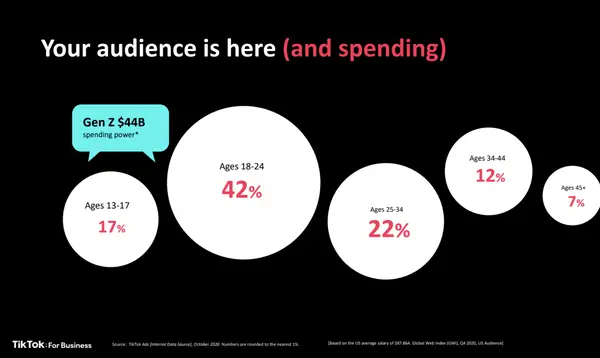 Big question #3: How did TikTok grow so fast?

Quick answer: Great product combined with a larger addressable market.  For example, the share of the global population using the internet has grown 229% between the launch of Facebook (14%) and TikTok (46%). 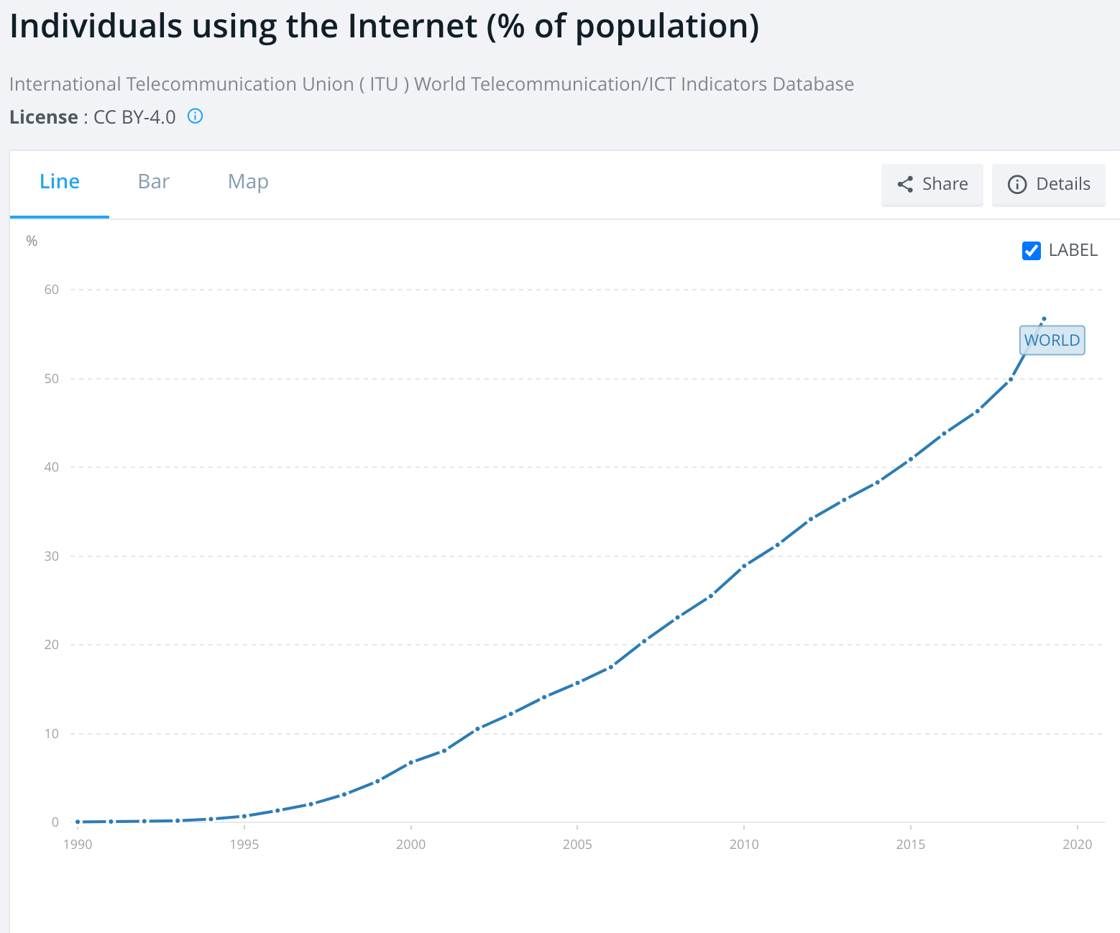 Big question #4: How much revenue does TikTok generate? 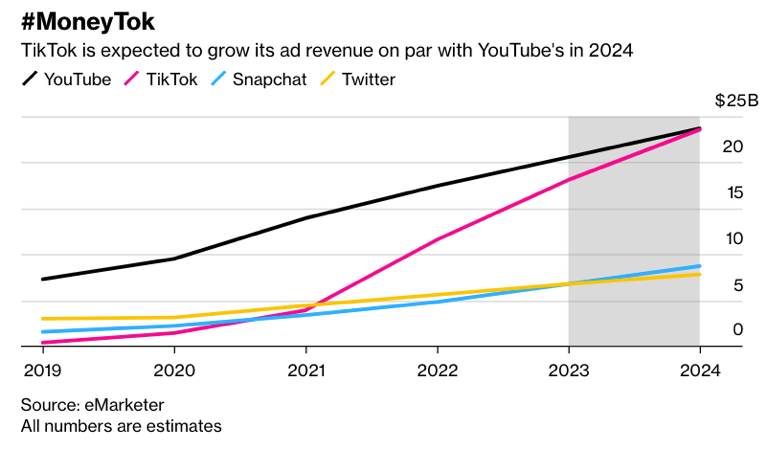 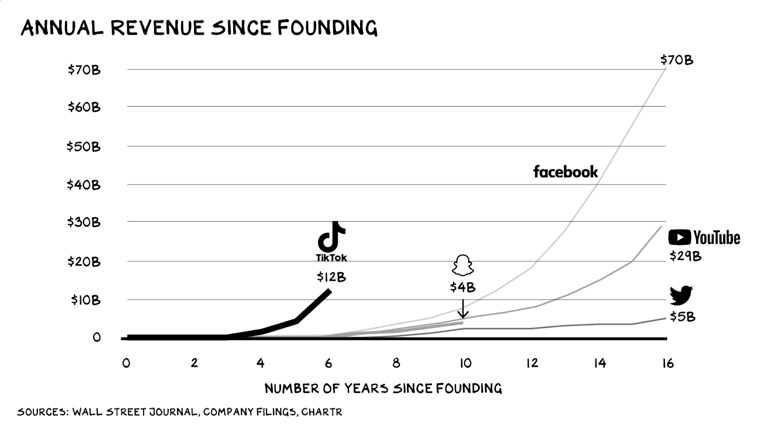 Big question #5: How large is the short-form video ad market? 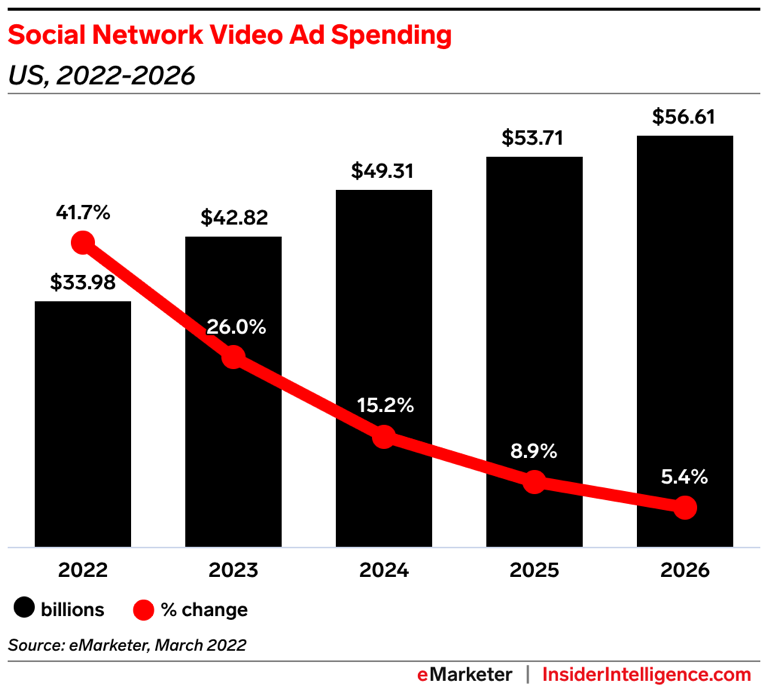 Bottom line: TikTok has been top of mind for Meta, with 100+ mentions over their past two earnings calls! 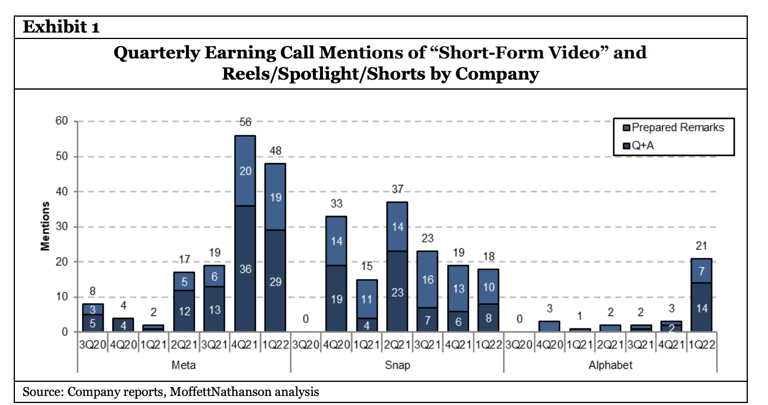 Big question #6: How much time do users spend with TikTok? 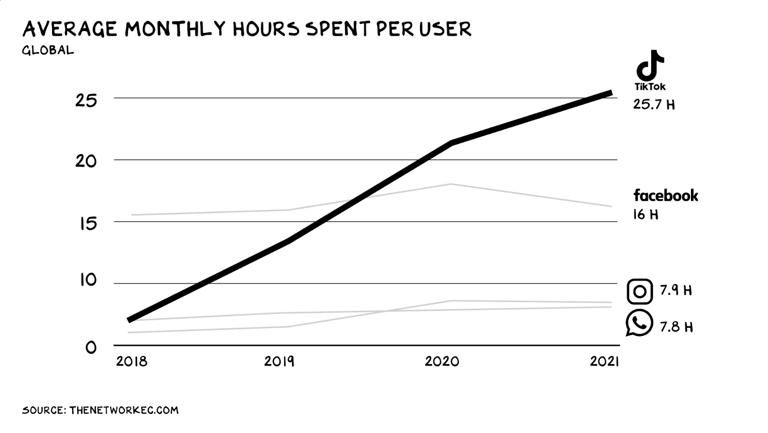 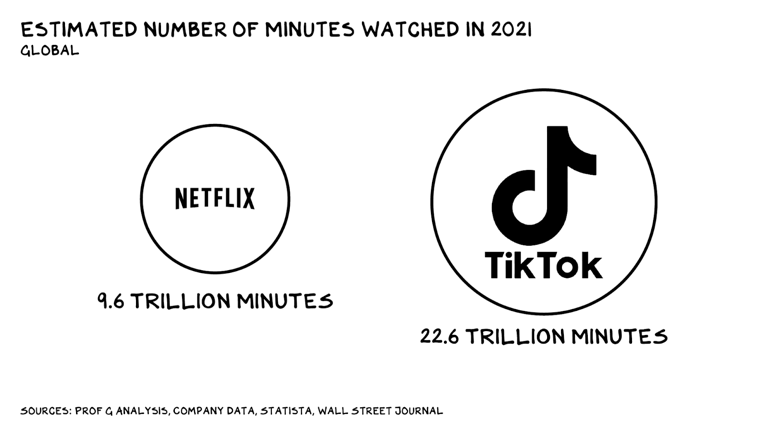 Quote from Darren Herman – Operating Partner @ Bain Capital:
“The most interesting insight that I have regarding TikTok is that it does not steal my minutes from social media but rather it steals them from consuming other video or content, inclusive of television. Tiktok usually complements or replaces the time when I’m sitting in front of the television.”

Quote from Troy Young – Adviser/Investor + Former Global President @ Hearst Magazines:
“Consumers are spending an average of 52 minutes daily on the platform. This doesn’t mean they won’t read professional media or watch dramas on Netflix. But it’s 52 minutes taken from somewhere else. More importantly, it’s a new media habit. The simple notion that an increasing amount of time is spent on short form video by a growing class of amateur and semi-professional creators should trigger some reflection on the shape of future media and how digital media companies compete. The humble web page has a tough job ahead.” 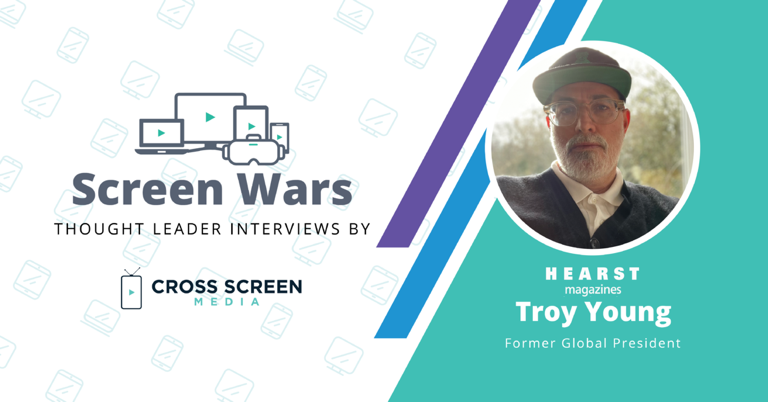 “While YouTube remains “by far the greatest place for self expression” because it accommodates many types and lengths of user-generated content, he said the attention TikTok draws has the net effect of eroding the viewership of YouTube and other platforms. Plus, short-format videos mark a fundamental change in the content users want.”

Big question #7: What impact is TikTok having on attention?

Quick answer: It is getting even shorter.

“You get roughly two seconds to get people’s attention now. On Facebook, it used to be 10. On YouTube it was 30 seconds.” 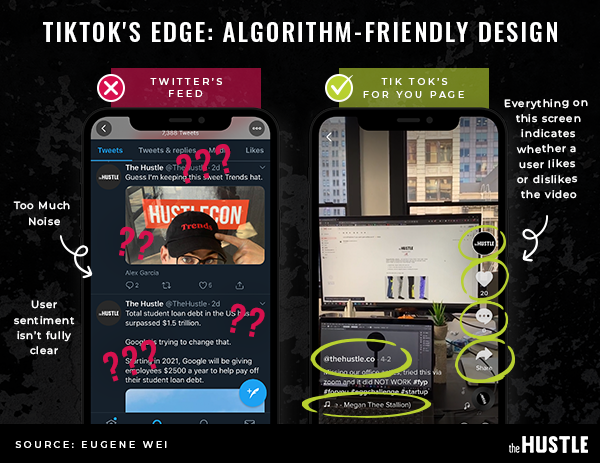 Bottom line: In 11 minutes, TikTok can get feedback on 26 different videos from each user.  Compare that to a platform like Netflix running 60-minute scripted shows.  TikTok gets feedback on 150+ pieces of content for every 1 that Netflix does.

Quote from Scott Galloway – Professor @ NYU Stern School of Business:
“That’s 26 “episodes” per session, with each episode generating multiple microsignals: whether you scrolled past a video, paused it, re-watched it, liked it, commented on it, shared it, and followed the creator, plus how long you watched before moving on. That’s hundreds of signals. Sweet crude like the world has never seen, ready to be algorithmically refined into rocket fuel.”

Big question #9: How much does TikTok spend on content?

2) Can TikTok become what Facebook Watch meant to be, combining social-like recommendation engines with CTV-specific content (16×9 vs. 9×16)? 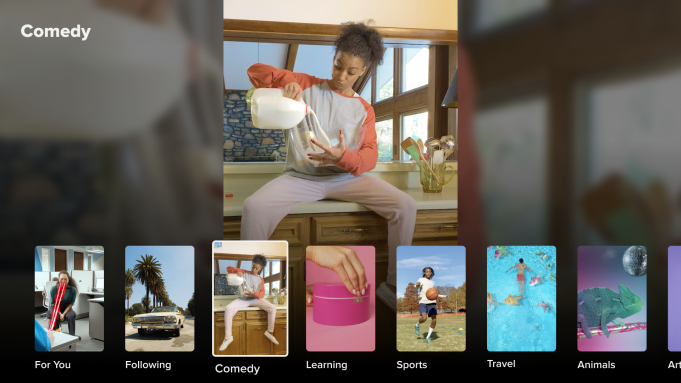 3) Can TikTok build a self-serve ad juggernaut like Meta/Google?

4) How should we value ads with such short bursts of attention?

More #2: How TikTok Reads Your Mind