By Michael BeachApril 10, 2020No Comments

Burning question #1: How does someone in prison upload videos of themselves talking on a landline to Netflix?  Asking for a friend… 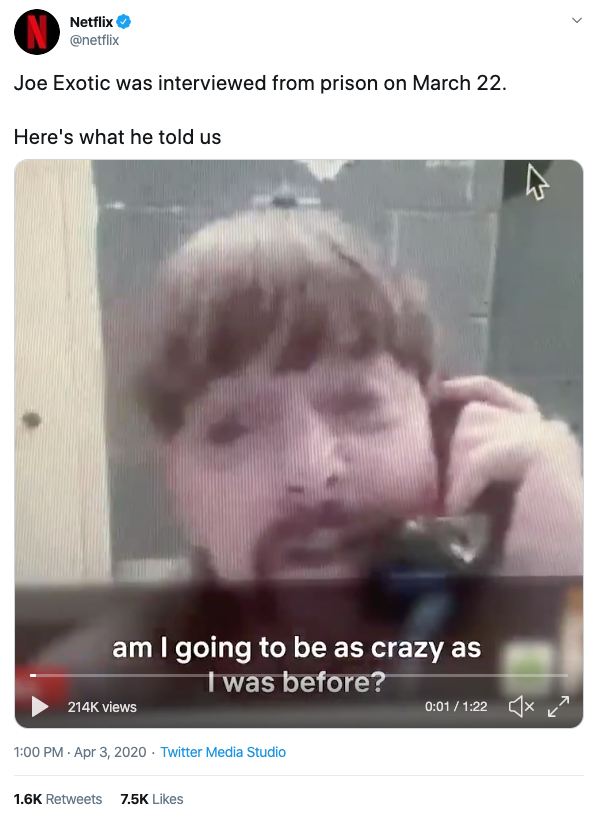 Burning question #2: Is there anything more LA than Justin Turner (Dodgers Third Baseman) replying to “our friend” Jeff Lowe on Twitter regarding an extra episode coming to Netflix? 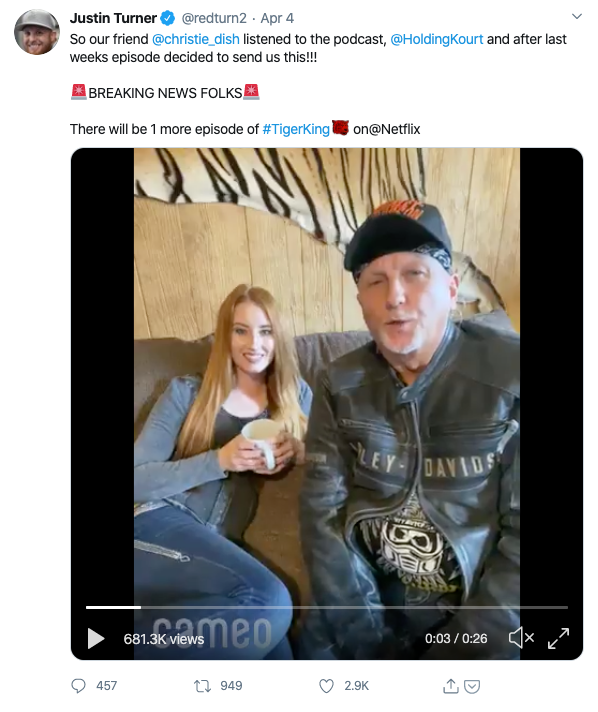 Immediate answer: 100%.  OJ has a Twitter account along with an opinion on whether Carole Baskin killed her husband… 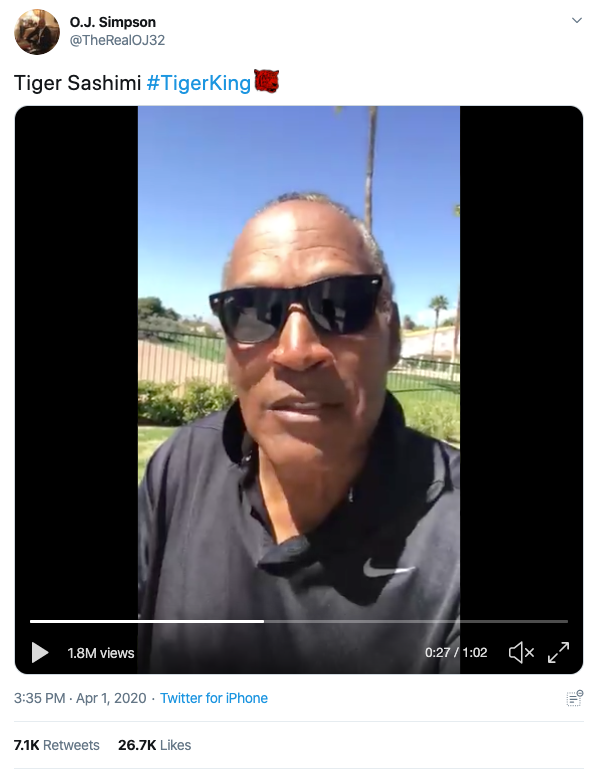 And so do Amazon delivery drivers (unscientific poll)! 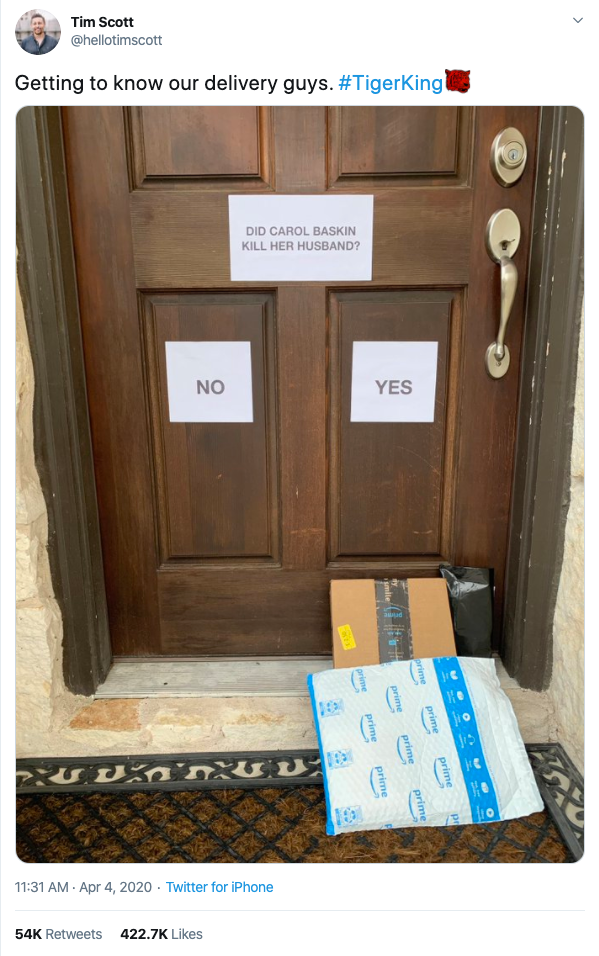 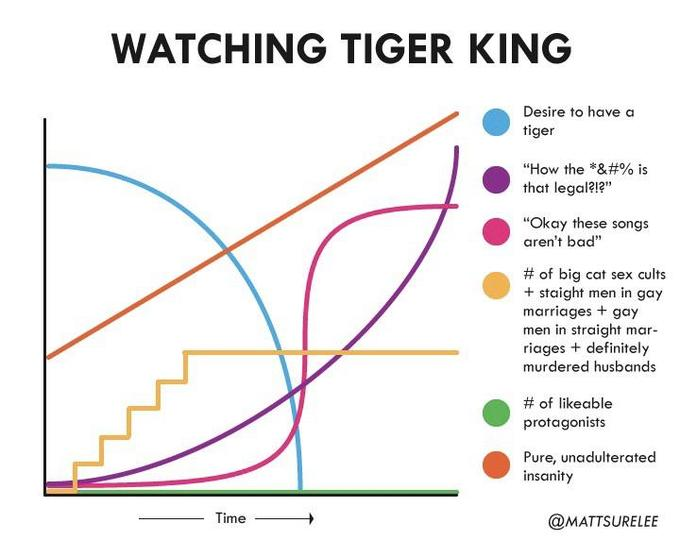