By Michael BeachFebruary 6, 2020No Comments

Battleground: President Trump and Mayor Bloomberg will each spend $11M+ on 60 seconds worth of Super Bowl ad time.

Be smart #1: Even though both are running for President, they are targeting completely different audiences.  Mayor Bloomberg has to make it through a contested primary in which he is currently an underdog.  President Trump knows his target audience and can focus on November and the general election. 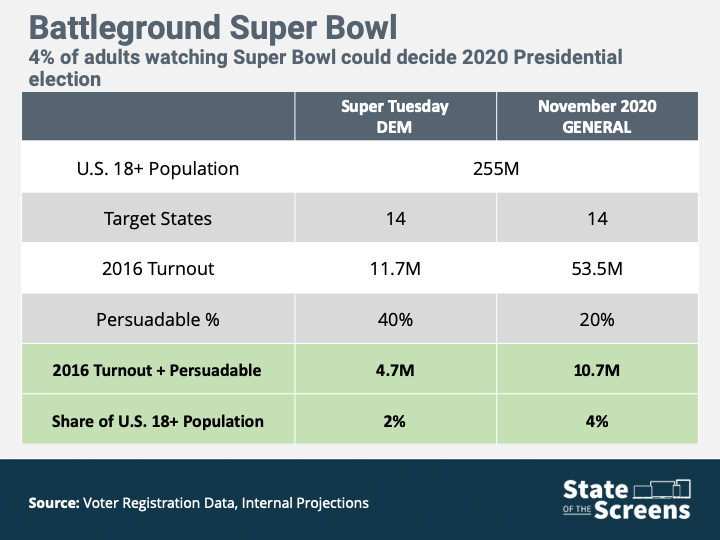 Be smart #2: Monday night kicks off the 2020 Presidential campaign with the Iowa caucus.  In 2016, 171K voters turned out on the Democrat side, accounting for ≈ 1 out of every 1,500 adults in the U.S.  Roughly 0.07% of viewers for tonight’s Super Bowl will have a major role in deciding who is on the ballot this November!

What’s Behind the Cord Cutting Spike?

This Is It: End of an Era for NBC’s Hit Tearjerker