No Theaters, No Problem? Disney Will Release First Blockbuster Direct To Consumers

Why this matters: The release of potential-blockbuster films such as Mulan and Tenent have been disrupted as theatres remain closed due to COVID-19 with no clear end.  It is unlikely that Disney will generate the same revenue/profit from this direct-to-consumer release though we would love to be wrong.

Chain reaction: If Mulan is successful, then Disney could choose to release other films through PVOD. 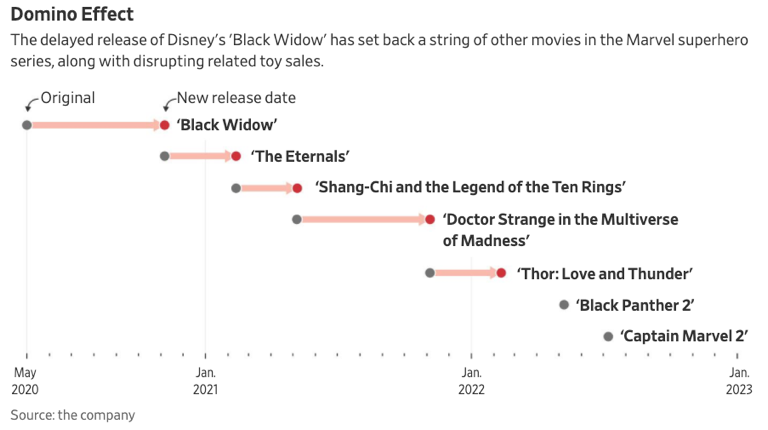 Disney’s playbook: Matthew Ball posted a thread on this topic, outlining three ways Disney could have released this through PVOD. 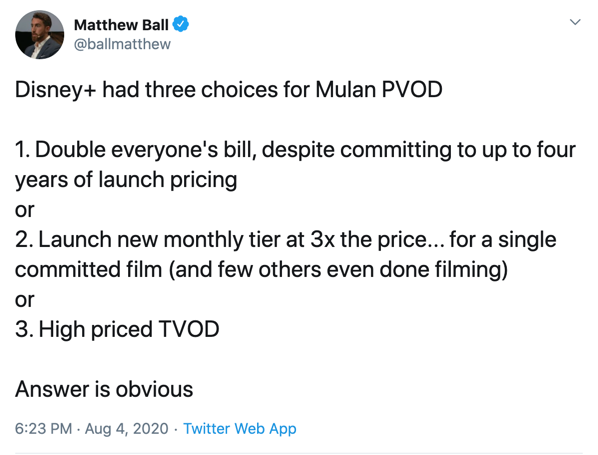 Big news #2: Universal Pictures and AMC Theatres have agreed to shorten the window that a movie has to be exclusive to theaters. 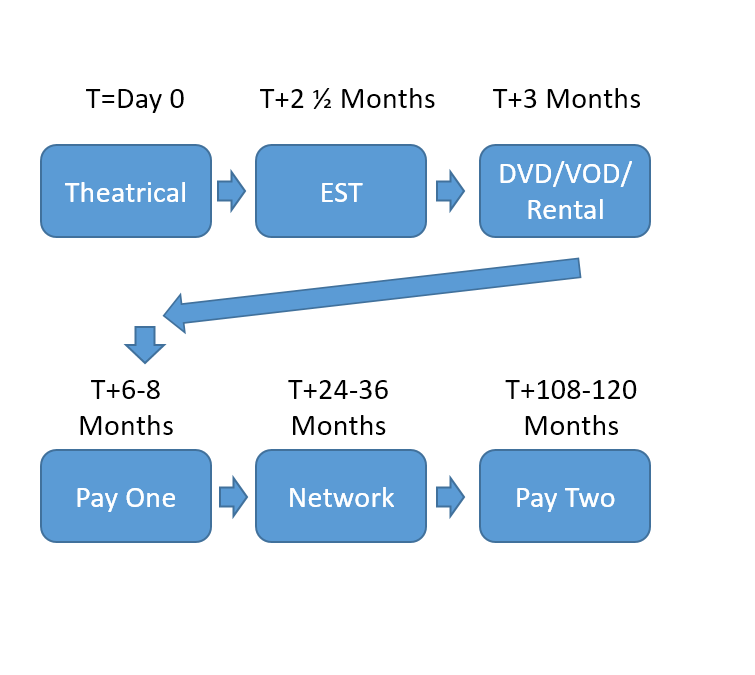 Why this matters: A part of the deal involved revenue sharing (≈ 20%) back to the theatre for PVOD rentals.

FYI: In a typical year, summer accounts for 40% of box office revenue. 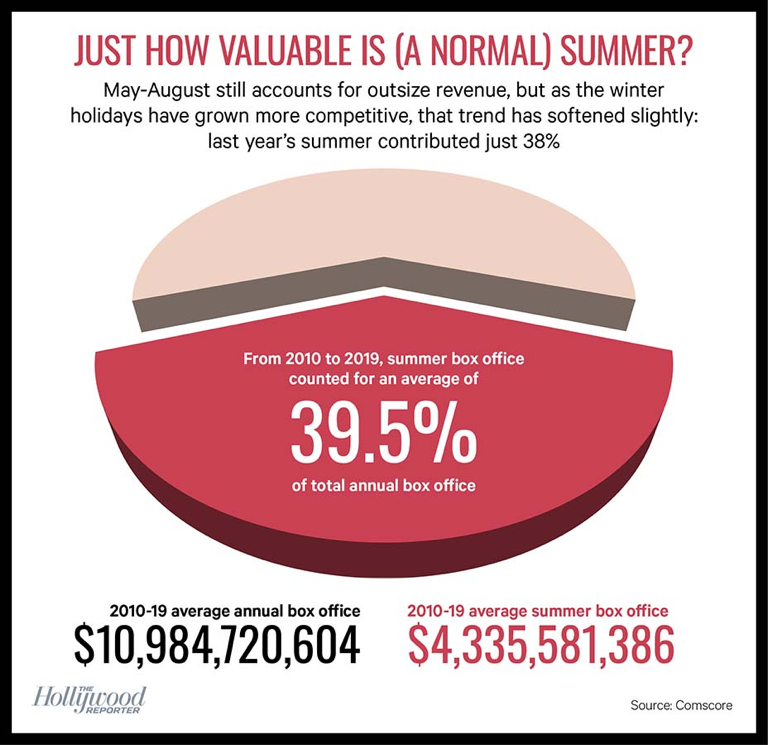 More #1: 25 years ago, ‘Waterworld’ forever changed how we think about hits and flops