Well, that escalated quickly: Apple removed Fortnite from the App Store within hours of them launching a discounted (20% off) payment option from within the app.

The response: Epic filed an antitrust lawsuit and launched a marketing campaign shortly after being kicked out of the app store. 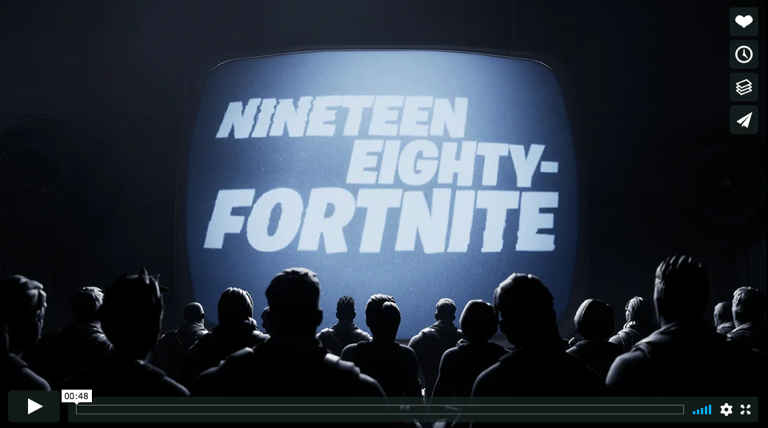 Why this matters #1: Apple currently takes 30% of every digital goods purchase from within an iPhone and prohibits any attempt to circumvent that.

Why this matters #2: This is not just a problem for Epic/Fortnite.  Spotify customers need to visit a website to upgrade to Spotify Premium, but Apple prohibits them from pointing that out from within the app. 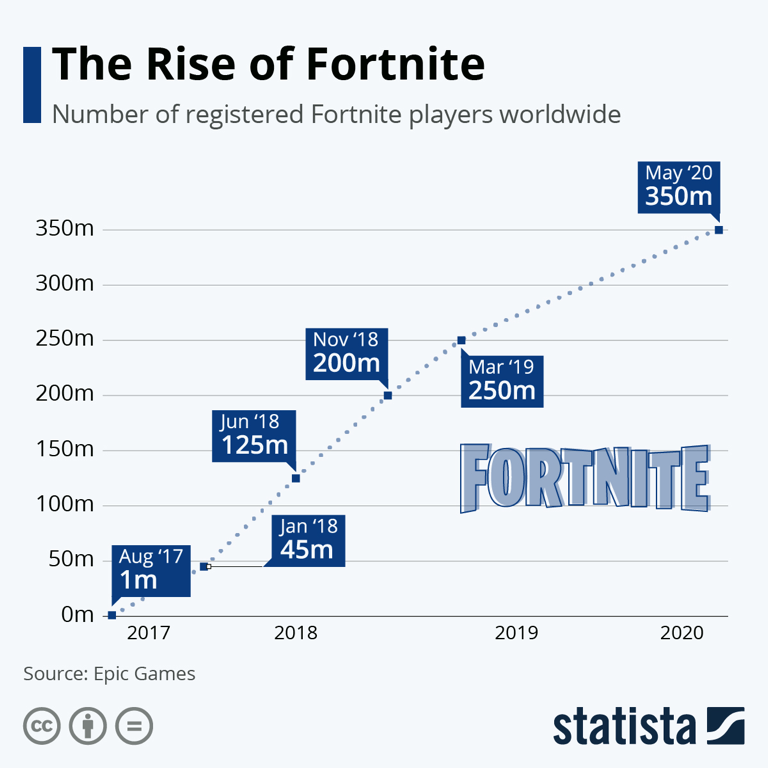 Flashback #1: Fortnite’s two-day outage was the game’s most popular event of the year

FYI:  The average Fortnite player spends 21% of their free time playing the game! 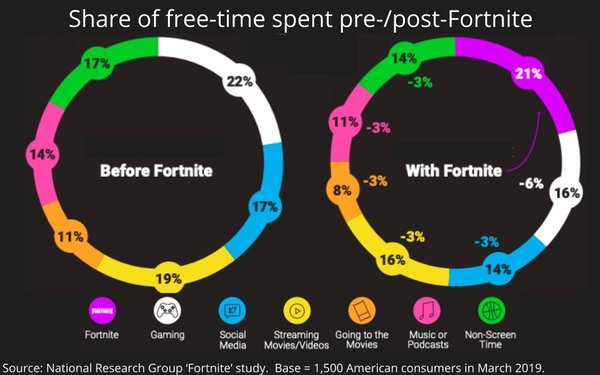 Podcast: Matt Ball – The Future of Media: Movies, the Metaverse, and More

Flashback #2: The Metaverse: What It Is, Where to Find it, and Fortnite

Quote from Matthew Ball – Venture Partner @ Makers Fund:
“Compared to Facebook, Amazon, Apple, Microsoft and Google, which are worth $600B to $1.4T, Epic’s valuation is modest. However, Epic has the potential to become one of the largest, most influential tech companies in the world. This might seem hyperbolic to those who know Epic only as the marker of the hit video game Fortnite: Battle Royale. In fact, even long-time fans of Epic’s games might find such a pronouncement odd given Fortnite has generated more revenue in three years than the rest of Epic has in almost as many decades. But behind the scenes, it looks increasingly likely that Epic will be at the very center of society’s digital future.” 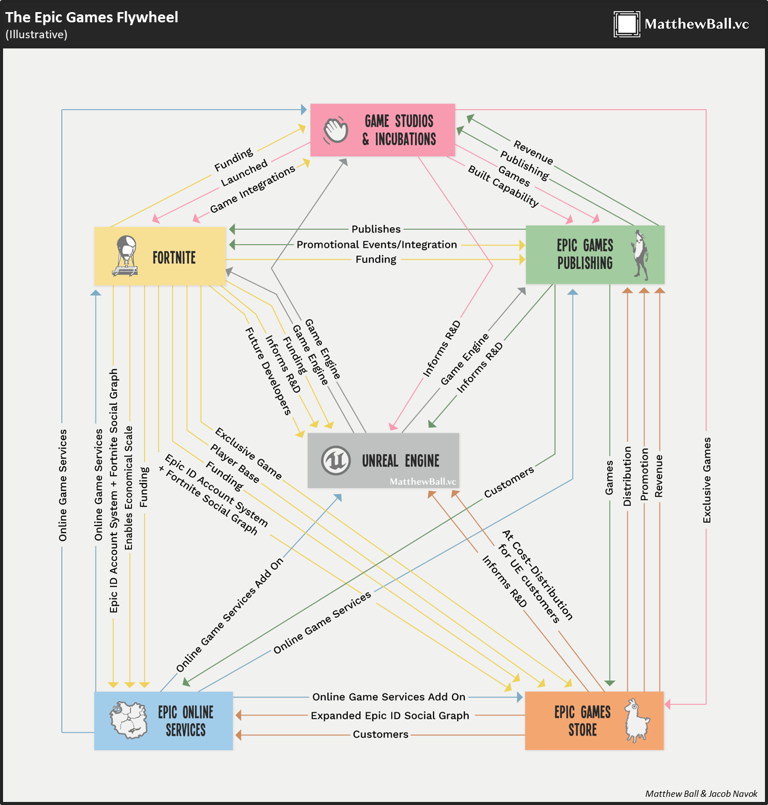 More #3: Are You Ready for the Metaverse?